Care In An Environment Of Excellence

Admission into the Centre

"THE SINNER AND THE SONG" - laest Album release by Tony Ademuyiwa & The Pilgrim Voices.

Become a member by filling the membership form of the center.

Welcome to Centre for Empowerment of the Disabled

We Create Beautiful And Brighter Smiles

His concern for the disabled persons has its origin from his personal interaction with one of his cousins with whom they lived together from birth till he, Tony finished from Oludaye Grammar School, Oba-Akoko in Ondo State and left for Lagos in 1982 to further his education. This his cousin had and still has problem with his legs and one of his eyes. His personal contact with such predicament and burden has made him to know how helpless this class of people can be sometime. When he was at the University of Lagos, he also interacted with some students who were blind. He (Prince Ademuyiwa) even tried to learn how to use the brailing machine to type and also how to read the brails, all with the intent of being equipped to support such people. 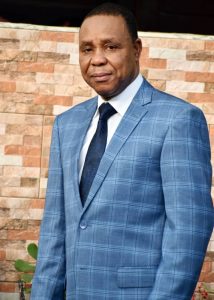 He later met Miss Dupe Omogbayi, a physically challenged lady (she is crippled) with whom this center is being co-founded. He was impressed by this lady’s attitude to life and was challenged to have an enlightened programmes that can preach “Ability in Disability” to others in this category. He then, decided to start the programme with a computer and music training, being his areas of proficiency. He also organises and holds motivational talks and empowerment seminars.

Prince Ademuyiwa finished from the University of Lagos in 1990 with a B.Sc. (Ed.) Mathematics and worked in a computer firm after his NYSC Programme. He then established a computer training outfit in February 1993 and started operations in June 1994. He has a certificate in theory of music of the Royal Schools of Music, London. He holds a postgraduate diploma in Music and Master’s degree in Music both at the University of Lagos. He is also an alumnus of Baptist Academy, Lagos where he had his Higher School Certificate.

He started this humanitarian programme since 1994 and about 80% of those he trained in computer between 1994 and 2004 ran the training free. He has also trained hundreds of people in music free of cost.
To make his effort more productive and effective, he got the approval and registration certificate from CAC in October 2005. He then expanded the scope of his computer training to cater for the Special-need and less Privileged persons.  He has trained well over a thousand of students in computing and hundreds of students in music till date.

She attended disabled primary school called Otun Ireti Primary school founded by a British lady called Miss Mytle Hall. She was encouraged to strive to become successful in life and to forget her disability by Miss Hall who always said to them “your disability is a secondary issue and the primary issues is to be where you want to be and you are the architect of your own fortune”.

When she was at Mount Carmel Secondary School, she faced a lot of problems from the able bodied persons. Some people find it very difficult to associate with her because she was the only one in that school who was a special-need person.

She had to struggle with transportation. Upon concluding her secondary education, she proceeded to the University of Lagos, where she had her Bachelor’s degree in Business Administration and Master’s degrees in Management. Even at UNILAG, movement to classes was also very difficult for her as some of her classrooms were upstairs. She is currently studying for her master degree in Management at the University of Lagos.

When she got to Lagos, she was disappointed at some special-need persons who resulted to begging as their job. On a second thought, she felt their outlook to life may actually be as a result of lack of opportunity. Since then, she has been looking for a way to contribute positively to the life of these special-need persons. She was fulfilled when she met Tony Ademuyiwa with whom she shares common passion for the less privileged.

Bringing Life To Your Smile

The Centre also has on the program music for the special-need persons and the less privilege who are interested in music. Our target is to raise a classical orchestra of the disabled.

We give motivational talks, self-reliance seminars and other health awareness programs like campaign for AIDS awareness and campaign against drug addictions.

We Love To See Smile

What Our Clients Say

When a friend told me about the centre I took it for a play but then I gave it a try by sending my own brother there for training. My brother got a detailed training in ICT and was sent to have a brief attachment. Aside being a training centre I discovered there are sessions for motivational talks that are life moulding. My brother's lifestyle after the period of training confirmed all these. In fact he later became one of the instructors at the centre. I thank the centre for this initiative. Iye Michael Akin The coordinator …

I started out some years ago as a young trainee through a referral to the Centre for Empowerment of the disabled without knowing what the future holds. After going through the training, I was overwhelmed by the quality of the deliveries.

Notwithstanding the fact the training was completely free, the quality teachers and teachings as well the homely environment at the centre was unimagined as they all added up to give us the best.

The training centre has been a great help and opportunity to many people, especially those who could not afford to pay their fees in other training centres, and I want to thank the centre for empowering us. We were thoroughly exposed to all needed facilities to make us excel and it was a great blessing and achievement for all of us that went through the program.

I will ever remain grateful for the opportunity I had in meeting the Centre for Empowerment of the Disabled. My brother, Mike Iye introduced me to the centre and I went to see what I could gain from the centre. Just about 2 days into the training I planned to stop because the training time coincided with the time I was teaching part time. (That was all I did to sustain myself) When the President of the Centre, Prince …

The instructors were highly knowledgeable in all the applications they taught. I was especially fascinated with training in CorelDraw and PowerPoint. There was strict discipline and this facilitated learning.

The center is a place where there is commitment to impact knowledge to people.

Everything about the centre was free.

Teaching-learning process can only be successful where there is commitment to the task and self-discipline.

Disability is not easily conceptualized, and increasingly, it is being recognized as a socio-economic construct that is influenced by differing cultures , social institutions, and physical environments. Disability is caused by a wide range of interacting aspects like communicable diseases, genetic factors, injuries, aging and many more. Each disability has its own range of positive causes; the list of disabilities itself is very lengthy, including physical disabilities, cognitive disabilities, vision and hearing problems and mental health disorders, such as depression. Source: World Bank, Disability and Development Website

Centre for Empowerment of the Disabled (CED) is therefore setup as a concept to support the disabled people and is directly concern with community empowerment.

To have in place a professionally trained symphony orchestra of international standard that will blend Western and African flavours (minimum of 30 members). Its membership will be for only the special needs persons.

To have trained well over 2000 people in computer education.

How To Find Us

Fill Up The Form And Ask Your Queries

We want to hear from you